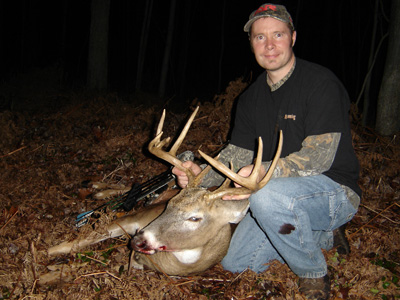 Quinn Keon and Rich Smith are a couple of real guys with real jobs and real lives who like to hunt. Real Hunting is a video series of their adventures hunting real game in the real woods. No game ranches, no massive bucks, just good times and bad times as they come. 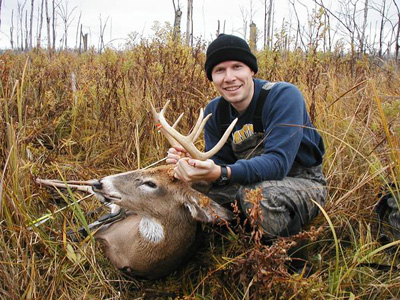 We came up with this idea years ago but did not make a decision to act on it until recently. While on an archery hunt in Michigan’s Upper Peninsula (The U.P.) we discussed the current trend of hunting programs and what they were lacking. Most programming that we see is based on paid hunts that the average person cannot afford. There is no preparation, no mapping, no scouting, just the need to show up and shoot what you are told to shoot. That’s lame! We chose to make something that is REAL. The concept for Real Hunting is simply real
guys hunting real game in the real woods. Most of the land we are hunting on is state owned. That means that anything we are doing you can do too! Also in reference to the current crop of hunting shows, we decided that the concept of killing an animal just for the sake of making a television episode seemed outside the scope of our value system. Instead we have chosen to shoot video of our adventures in the woods and share them as they come. Not every video will result in harvesting an animal…that’s real.

We do things our own way…the way that works for us. We are not saying that any of our techniques are set in stone as the ‘right’ way…we are simply doing what has worked over the years to bring us success. Thanks for being our friend and good luck in the woods!